Exhibition "G. J. MENDEL AND THE TANTALISING STORY OF GENES"

As part of the 200. years of G. J. Mendel, the founder of genetics, we cordially invite you to the exhibition J. MENDEL AND THE TANTALISING STORY OF GENES

The exhibition, in the form of a comic strip by illustrator Lucie Seifert, presents the life of Gregor Johann Mendel from his birth through his years of study in the Czech Republic and Vienna, his entry into a monastery, and his teaching practice. The focus is on his research activities, in particular his experiments in pea cross-breeding and his subsequent discovery of how hereditary traits are passed on from parents to child.

Mendel's (un)successful lecture on the results of his research is also presented. In addition the exhibition deals with his successors Hugo de Vries, Carl Erich Correns and Erich von Tschermak, who independently of each other confirmed his discoveries and conclusions in 1900. It also recalls the attitude of Nazism and Communism towards genetics and it summarises how the knowledge gained from genetics is being applied in various fields, including agriculture, forensic science, medicine and archaeology.

Gregor Johann Mendel, a pioneer of genetics and a world-renowned scientist, was born in the village of Hynčice, in what is now the Czech Republic. His discoveries and work marked a certain historical period and made a notable contribution to the common good of mankind, which resonates even today.

The exhibition is under the honorary patronage of the Ambassador of the Czech Republic in Ljubljana, H.E. Ex. Juraj Chmiel and is hosted by Mendel University in Brno.

The exhibition will be on display from 13 September to 13 October 2022 in the lobby of the Armeria of the University of Primorska. On the opening day, at 4 pm, the exhibition will be opened by dr. Klavdija Kutnar, Rector of the University of Primorska, dr. Andreja Kutnar, Director of the InnoRenew CoE Institute and Mr. Jan Beneš, Deputy Ambassador of the Czech Republic in Ljubljana. 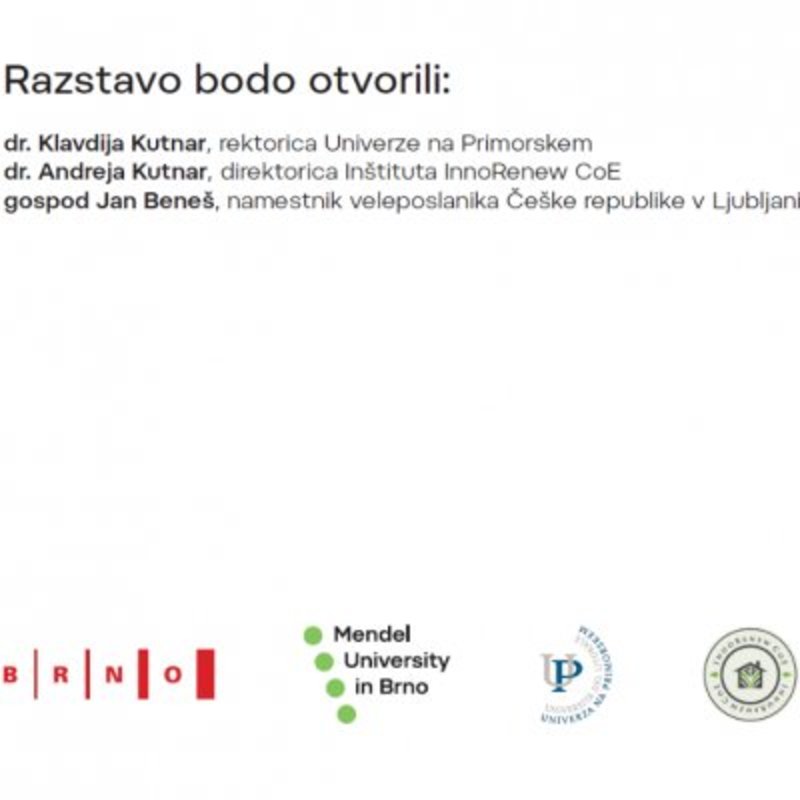